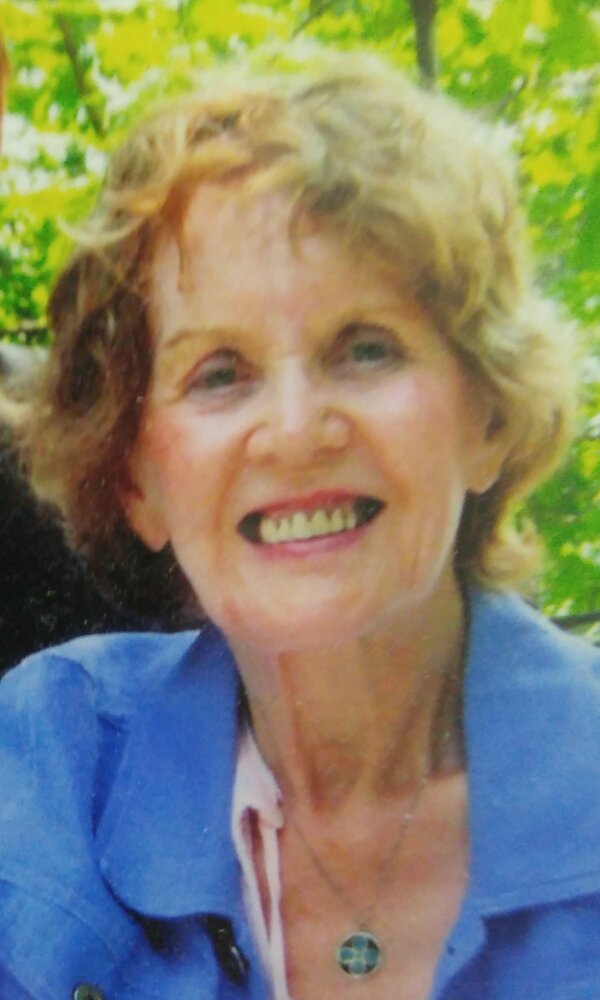 Eilleen was born on July 4, 1925 in Brandon, Manitoba to Frank (‘Ernie’) and Rebecca Anderson of Souris, Manitoba, the youngest of 6 children.

Eilleen was a committed, life-long learner, and began early - days after finishing up her initial education in a Prairie one-room school: Fifteen years old, and determined to attend Brandon Business College, Eilleen placed a classified ad in the Brandon Sun and secured work as a domestic helper so she could support herself through college.

In 1947 she married Jack Fulcher of Brandon, and they moved to Exeter, Ontario, where they would eventually raise five children in a large house that they designed and largely built themselves - without any training or experience. Eilleen loved and excelled at being a devoted and creative mother. Among her most thoughtful innovations were a family suggestion box, dinner-time discussion topics, and censored TV-show listings taped to the fridge: no ‘shoot-em-up’ TV shows allowed.

In 1974 she married James Gilbert (‘Gil’) Burrows and relocated to Winnipeg, Manitoba. Eilleen and Gil enjoyed CFL football games together, as well as regular road trips and weekend get-aways in their beloved little farm in Aubigny, Manitoba. Their overseas trip to Northern Ireland fulfilled Eilleen’s life-long dream of visiting her father’s birthplace in Ballymoney, Antrim County.

Following the passing of Gil, Eilleen enrolled in the University of Winnipeg, graduating with a Bachelor of Arts degree in classics. While attending university, Eilleen enrolled in a number of courses to learn French, including travelling to France, and attending several courses in different Canadian cities.

Eilleen’s Canada most definitely included Quebec, and she followed news and current affairs closely – always well-read and well informed: She had a Globe and Mail subscription for over 35 years.

Soon after graduation Eilleen joined the University of Winnipeg as Alumni Affairs Coordinator, was later appointed Director of Alumni Affairs, and was also appointed as the University's first-ever female President of the Faculty Association. With strong support within the University, Eilleen introduced an inner-city “green space” – ‘Project Green’ – that remains a prominent University landmark.

Eilleen later accepted the position of Director of Development and Alumni at Balmoral Hall school, a private girls’ school in Winnipeg. She created, introduced and was appointed editor of the school’s popular magazine, The Portal, prominently referenced on the school’s website today: “The Portal magazine is a beloved tradition at Balmoral Hall School dating back to the first issue in Spring 1988”.

Following her retirement, Eilleen left many cherished friends in Winnipeg and moved to St. Catharines, Ontario to be closer to her five children, and there she was active in St. John’s Anglican Church. Eilleen often joined other church members in different trips and outings – locally to area vineyards, as well as abroad to Italy. She was very active in collecting and restoring local antiques and unusual art pieces. She made sure she had an active role in renovations of her new home, where she came to love entertaining family, relatives and friends. Her full-dress Kentucky Derby parties will not soon be forgotten.

Eilleen enjoyed socializing because she loved connecting with people. Her friendships spanned decades as well as international time zones. She was an accomplished and enthusiastic, self-taught musician, and played the piano and the harmonica – by ear –and could play both at the same time.

From as far back as Foster Hewitt and Hockey Night in Canada, Eilleen was a passionate and very informed hockey fan – and even arranged to meet privately once with her hero, Jean Beliveau. And she loved the performing arts: She had symphony and ballet seasons tickets, and took in numerous rock concerts right across the country, from Elton John and Paul McCartney to The Rolling Stones and Michael Jackson.

Eilleen loved travelling most of all, including her most memorable trips to Cuba and the Arctic, Australia and Russia, as well as to different countries in Scandinavia and Europe.

She had a great sense of humour, and cared deeply about people, especially as a champion of the underdog. She so seldom spoke negatively about anyone.

In her remaining years as a resident of Post Inn Village in Oakville, Ontario, Eilleen was popular and loved by the staff who came to know her as a gracious and kind soul. Although well into her 90s, her warmth and dignified charm never seemed to fade, and it made a strong and lasting impression on staff.

Eilleen passed away February 8, 2022 in Oakville.

Eilleen is survived and will be missed so much by her five children: Vic Fulcher (Joanne) of London, Bruce Fulcher (Sue) of Ottawa, James Fulcher (Karen) of Kanata, Rebecca Heaslip of Oakville, and Nola Soliman of Oakville; as well as all extended family members, most especially nephew Gary Simpson (Carole) of Dunnville; her seven loving grandchildren: Monera, Ahmed and Hisham; Andrew; Alex, Burton and Luke; as well as her five great-grandchildren: Tyler, Oceane, Claire, Faye and Idris.

Due to the many, current Covid-related restrictions on remembrance get-togethers among family and friends, alternative plans will be made and communicated at a later date.

Share Your Memory of
Eilleen
Upload Your Memory View All Memories
Be the first to upload a memory!
Share A Memory