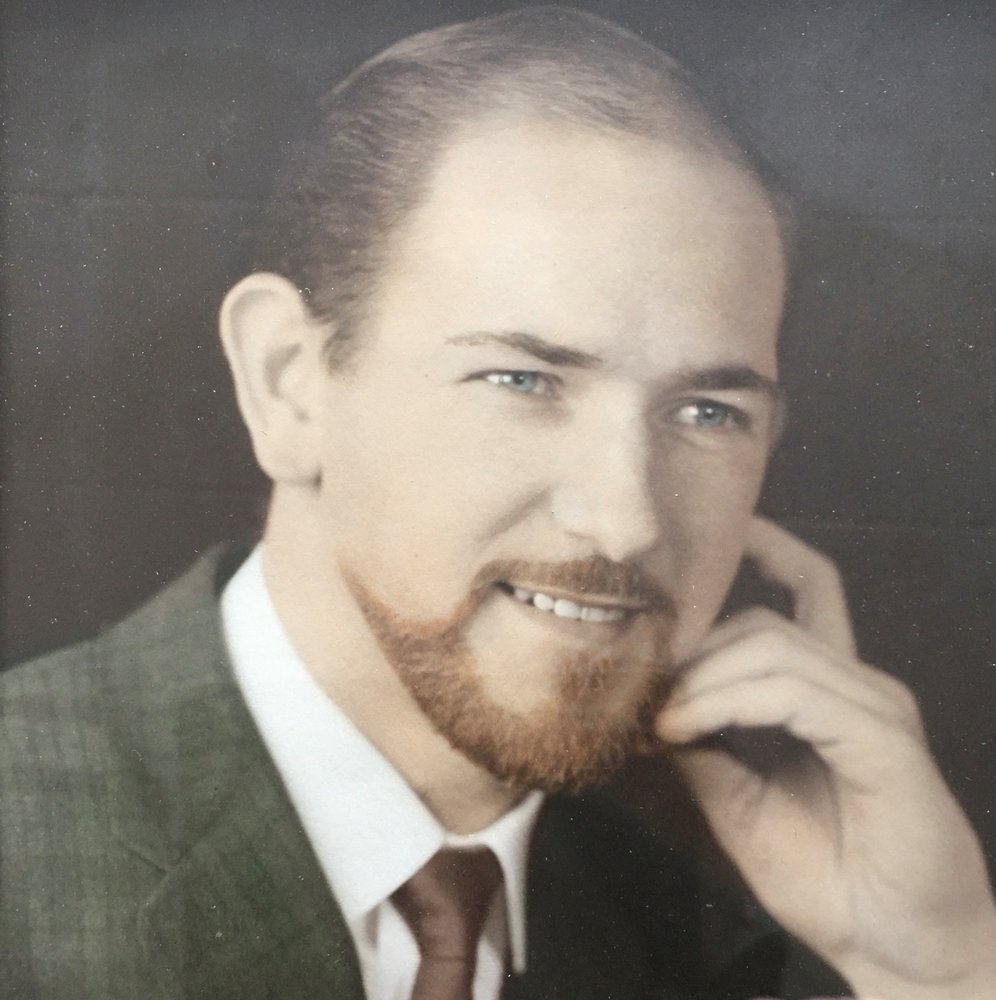 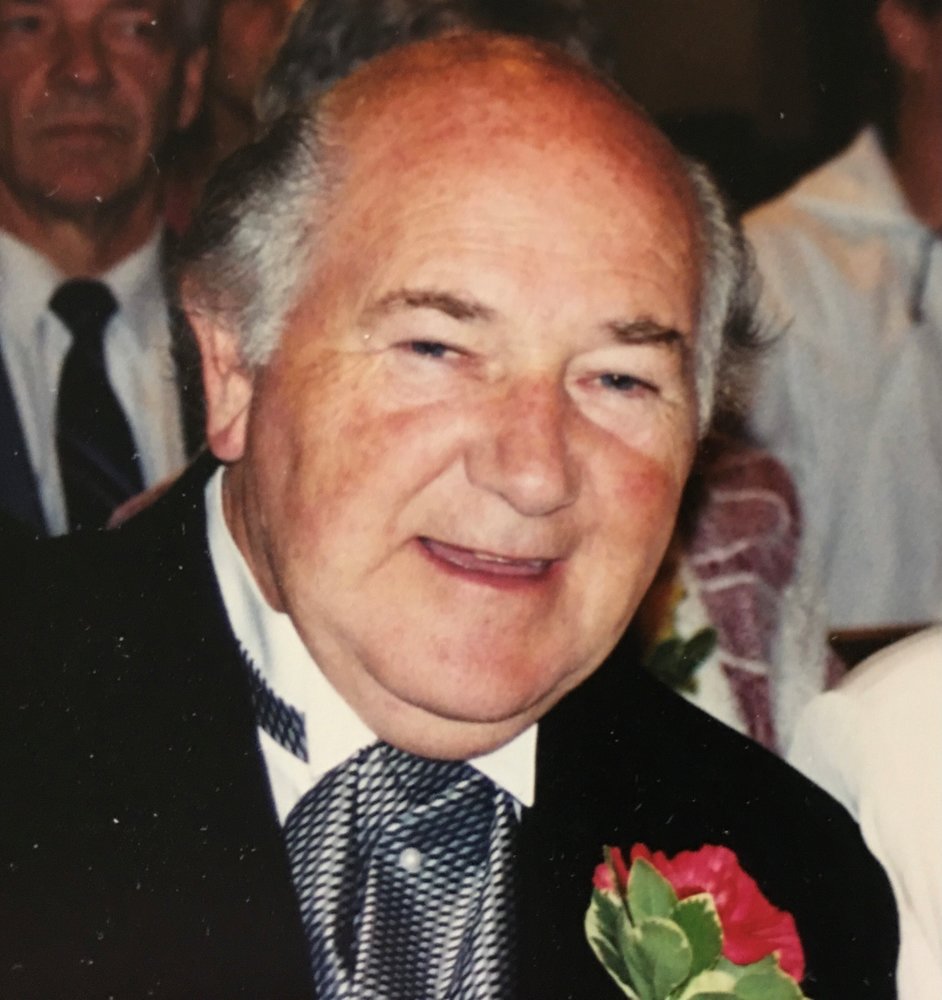 It is with great sadness that we announce the peaceful passing of John Mark Hughes of Hamilton, Ontario on November 16, 2020 at the age of 84.  John was on dialysis for 8 ½ years and died of complications from kidney failure at St. Peter’s Residence (Chedoke), with his family by his side.

John was born in 1936 in Aughnagon, County Down, Northern Ireland, UK and was the second youngest of 8 children.  A year after he was born, his parents sold their three farms in Northern Ireland and moved to the small town of Sale, England (Greater Manchester Area).  John’s father was a farmer, apprenticed as a blacksmith, and worked in England and the United States before becoming an aircraft engineer at Avro’s where he worked on Lancaster Bombers during World War II.  His parents purchased a number of homes in their community which they rented, and from a young age John apprenticed under his father helping him repair and renovate their properties.  John was a skilled tradesman throughout his life and had the mind of an engineer.  If John didn’t know something, he taught himself how to do it, even if it wasn’t always perfect, and approached challenges with patience and thoughtfulness.  John’s mother was the loving Matriarch of the family with a generous heart and keen sense of business.  The family’s entrepreneurial spirit and foray into real estate rubbed off on their children, with many families and their kids making it an important part of their own business careers to this day.  Real estate and business was, and continues to be a notable topic of conversation for the family.

After finishing school John apprenticed as a hairdresser.  Although this was not his first choice of careers, John made a successful go of it for much of his working life.  Inspired by a family trip to North America in 1958 John emigrated to Canada in 1962 and worked for Ken Allen’s Men’s Hairdressers, in downtown Hamilton, and later bought the business and building.  John hired many people over the years and brought many to Canada from the UK to work for him.  John opened several other shops in Hamilton and Niagara with his friend and partner Tony Cliff.  They also bought and rented properties, and later started an antique importing and exporting business between Canada and the UK, based in Beamsville.  The pair were a frequent presence at Toronto’s popular Harbourfront Antique Market in the 1970s.  John really grew to love antiques, enjoyed refinishing furniture and had a keen eye for the age and price of old pieces.  He absolutely loved the “Antique Roadshow”.  John was fearless in his approach to business and had a jump first, ask questions later mindset, a trait he shared with many in his family.

In 1966, John met his wife Micheline (a French teacher), while she was in Toronto from Quebec to learn English, and worked for his cousin and her husband as a nanny.  Despite John not being able to speak French, they really connected on their first date and continued to see and talk to each other throughout the preceding year and were married in Micheline’s home town of St-Romuald, Quebec, in the summer of 1967.  At the same time that French President Charles de Gaulle was giving his famous “Vivre le Québec Libre” speech in Quebec, that sought to separate English and French in Canada, John and Micheline’s marriage that week symbolized that French and English can come together in love, despite what any politician or political party may do or say.  John and Micheline were strong proponents of French and insisted their three children attend French immersion so they could speak to and know all of their many Quebec relatives, with whom they spent many fun and enjoyable Christmas and summer holidays.   This path served their children well in their careers with the federal government and teaching in a bilingual capacity.

During their life, John and Micheline shared a deep love for one another and their children.  As parents, John and Micheline made family, education and shared experiences an important priority.  John and Micheline enrolled their children in sports and piano at an early age and instilled a strong love of education and learning in their kids.  The family spent many enjoyable summers at their trailer in Fergus, Ontario and loved to visit their family in England every few years.  They particularly loved spending time with their relatives at their cottages in Porthmadog, Wales by the sea.  When their children were young the family spent two years in the UK, in John’s hometown.  As a couple, John and Micheline enjoyed spending time together and enjoyed a similar taste in tv shows and movies, and loved to dance.  When John was young he enjoyed dancing the jive and jitterbug at large dance halls, that were popular at the time, with his sister Phillis and their friends.  John and Micheline also greatly appreciate the loving friendship of their close friends.

John was a private person, but very warm and friendly and loved to chat and be with friends and family.  John was very patient and had a stoic personality and rarely complained, even despite some very challenging times, particularly with his health.  “I’m fine, everything is fine” he would often say.  He also had a rye British sense of humour that always brought a good laugh at the right time.  As a husband, John was a perfect Gentleman, from the couple’s first date and throughout their 53 year marriage.  As a father, John loved his children and always struck a good balance between guiding his kids and allowing them the freedom to figure things out and learn from their own successes and failures.

John and our family would like to thank our many family and friends for their years of love and support.  We would particularly like to thank the very kind and loving staff at the St. Joseph’s Dialysis Unit in Stoney Creek, and the many hospital staff at St. Joseph’s downtown who assisted John with his varying care needs.  More recently we would like to thank the caring staff at St. Peter’s Residence (Chedoke) for the love and care they showed John during his short time with them.

John had a particular interest in history, genealogy and the Second World War, given his family’s experience, and had a strong desire that he be remembered as having lived a full life and was on this earth at this time.  As his family we hope we have been able to do this in a way that respects his wishes in this written memorial to our husband and father.

Due to Covid-19 restrictions, in accordance with the Bereavement Authority of Ontario facial mask/coverings are required.  Please visit the Funeral Home website to register your attendance for services due to limited space availability.  Visitors will only be accepted by scheduled appointment and congregating on premises is prohibited.

Visitation will be held at the Donald V. Brown Funeral Home, 36 Lake Avenue Drive, Stoney Creek, 905-662-2948, on Saturday November 21, 2020 from 3:00 to 5:00 p.m.  A private family service will follow the visitation.  Please visit www.donaldvbrown.ca to register your attendance.

God Bless, Dad, we love and miss you!

Share Your Memory of
John
Upload Your Memory View All Memories
Be the first to upload a memory!