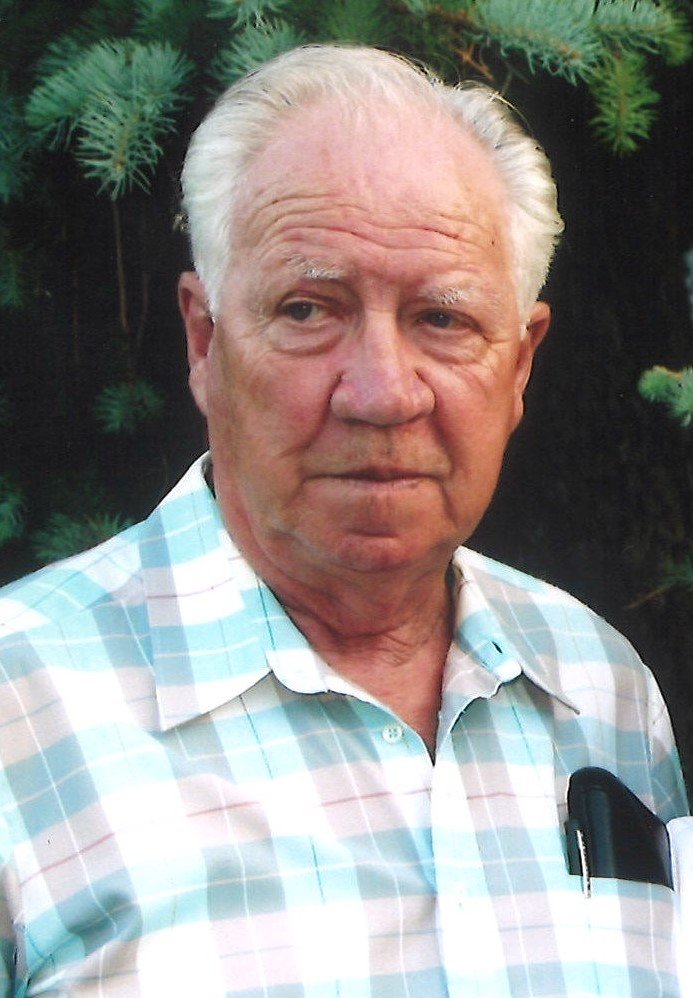 On July 16, 2020, Lloyd Davies passed peacefully through the gates of Heaven in his 89th year. Born March 8, 1932 in Middlesex County to Mary Davies (nee Leitch) and Neil McLachlan and adopted by George Davies. Loving and devoted husband of 67 years to Ruth Davies (nee Stashick). Caring father of Donna Olivieri (Lino), Dan Davies (Kim Pollard), Darlene Winkworth (Bill), Debbie Humphries (Jim Finlayson) and Doreen Davies. Loved by his grandchildren Lori (Rich), Mike (Courtney), Nick (Carly), Jordan (Jenelle), Cody (Lena), the late Nathaniel, the late Alicia, Travis (Samantha), Jon (Danielle) and by his 14 great-grandchildren Jacob (Monica), Lucy, Rose, Lola, Heidi, Shay, Charlie, Jett, Seth, Connor, Sawyer, Nathan, Abigail, Brooklyn and by many nieces and nephews. Predeceased by his parents, brothers Milton McLachlan and Leonard McLachlan. Lloyd was a proud owner and operator of Lloyd’s Catering (a mobile coffee truck) in the East end of Hamilton for 2 decades along with his wife Ruth, following which he was a dedicated employee of Stoney Creek Dairy for many years. Lloyd was a committed parishioner of Our Lady of the Assumption in Elfrida. He was an active resident of Binbrook for 60 years, taking up numerous causes and volunteering for decades, especially in service organizations to help keep seniors in their homes in his community. Lloyd was a long time friend of Bill and Bob. Lloyd was respected for his strong convictions and described as “an icon”. He will be very sadly missed by his family and many friends and neighbours as he touched their lives in such unique ways. Special thanks to neighbours Wayne and Judy Richardson who were priceless friends for almost 50 years. Sincere thank you to Dr. Darrel Juriansz and staff of the LHIN, Bayshore and CBI who helped Lloyd to be cared for by his loving family at home, as was his wish, until his final day. Friends will be received at the Donald V. Brown Funeral Home, 36 Lake Avenue Drive, Stoney Creek on Monday, July 20, 2020 from 2-5 p.m. by appointment only. Please register at https://forms.gle/zgwjbwKCWUeoqVXs6 for your scheduled visitation time. Vigil prayers 4:30 p.m. Funeral Mass will be celebrated at Our Lady of the Assumption by invitation only. Interment to follow at Binbrook United Church Cemetery. In lieu of flowers, donations to Our Lady of the Assumption (ourladyoftheassumptionparish.ca) would be appreciated by the family. Notes of sympathy and condolence may be left at www.donaldvbrown.ca

Share Your Memory of
Lloyd
Upload Your Memory View All Memories
Be the first to upload a memory!