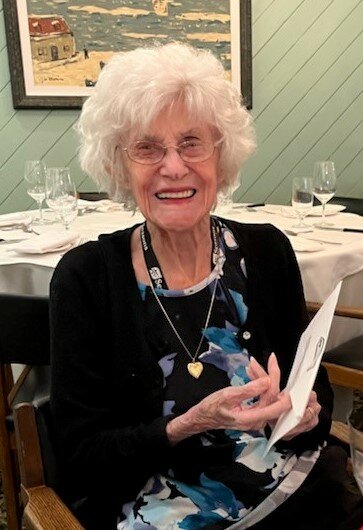 It is with heavy hearts we announce the passing of our dear mother Shirley Mae Strickland (nee  Lawson). She was called into eternal rest at the age of 91 on Thursday morning, January 5, 2023 at West  Lincoln Memorial Hospital.

Shirley was predeceased by her loving husband Stanley whom she was married to for 54 years before his  passing in 2007. She is also predeceased by her parents Robert and Pearl Lawson of London, Ontario,  her brother Harold Lawson, sister-in-law Doris Lawson, brothers-in-law Clare Elliott and James Young, as  well as brother and sister-in-law Dr. Kenneth Strickland (and Isabel).

Shirley graduated from St. Joseph’s Hospital, London Ontario as a nurse in 1953. She had a long career  in both Canada and the United States as a private practice nurse.

Sincere appreciation goes out to the many Bayshore caregivers and the staff at her residence at Seasons  Retirement Home in Stoney Creek where she has resided for the past three years.

In lieu of flowers, memorial donations may be made to the Canadian Cancer Society or the Heart and Stroke Foundation.

We will miss you Mom, but our hearts and grief will be mended knowing that you are dancing in heaven  with Dad.

Always in our hearts, your family.