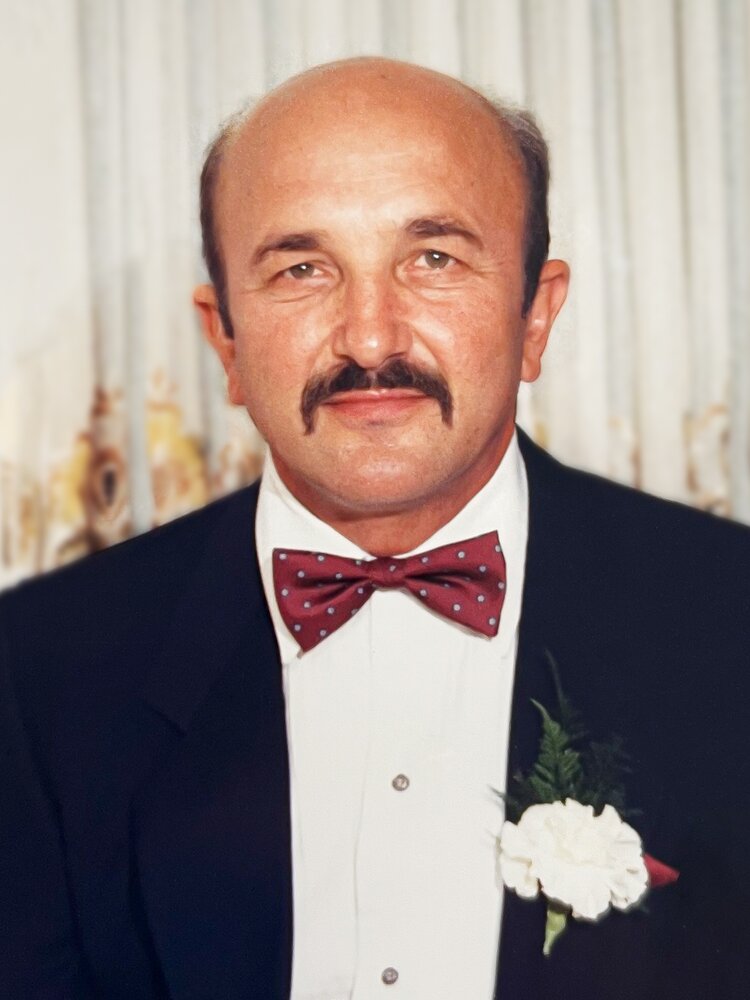 Passed away with his daughters by his side on December 5, 2022, 4 days short of his 80th birthday. Loving father of Doris (Manny), Sandy and the late Rajko. Cherished Nono of Victoria (Nicolas), Christian, Jacob, Matteo, Nicole (Erick) and great-grandkids Rajko, Nathaniel, and Isabella.

Aldo is survived by his dear sister Anci (Aldo). Predeceased by his sister Luci (Karlo) and his brother Rajko (Marina). Will be sadly missed by many loved relatives and friends throughout Croatia, Canada, USA, Italy, and Australia.

Anyone that knows him will have happy stories that likely include him making jokes, dancing, singing and playing his accordian. When friends called Aldo to fix something, he was there.

He made spontaneous vacation decisions. It didn't matter to him how much time he needed to take off work, family vacations were important to him. As a family of 5, we travelled through all of Canada and some of the U.S. in a 1966 thunderbird and a pop up tent trailer in tow.

Aldo was also a man of all trades/talents; from auto mechanics, plumbing, HVAC, gas, electrical, carpentry, inventing and music...he was able to do almost anything. If he didn't know how, he would exhaust every effort to figure it out. His thinking, reasoning and memory was incredible, right up until his passing. At age 14 he built his first radio.

He was a wise, humble man, who loved people, enjoyed socializing and helped many. He had a great sense of humor, even during the toughest times. His approach to life kept him young at heart.  At 80 years old he still lived with the energy and outlook of a 20 year old.

Aldo believed that Sundays are a day of rest.

"Don't fall in love with money or you'll never be happy"

“Do what you want today, because tomorrow may never come.”

“Appreciate the important things and people in your life, don’t waste any time."

He would agree you should "Work to LIVE. Don't live to work"

Aldo was a member of Hamilton & District Injured Workers Group and also Bled Hall in Beamsville, ON.

Cremation has taken place.  Friends will be received at Donald V. Brown Funeral Home, 36 Lake Avenue Drive, Stoney Creek on Thursday, December 15, 2022 from 2-4 and 6-8 p.m. with Vigil Prayers at 3:30 p.m. A Funeral Mass will be held at St. Joseph`s Catholic Church, 135 Livingston Ave. Grimsby on Friday, December 16th at 1 p.m. Inurnment to follow at Grimsby Mountain Cemetery. The Funeral Service will be live streamed and can be viewed online at CLICK HERE.

In lieu of flowers, donations may be made to Hamilton & District Injured Workers Group  or UNICEF Canada . Notes of sympathy and condolences may be made at www.donaldvbrown.ca

Share Your Memory of
Aldo
Upload Your Memory View All Memories
Be the first to upload a memory!
Share A Memory