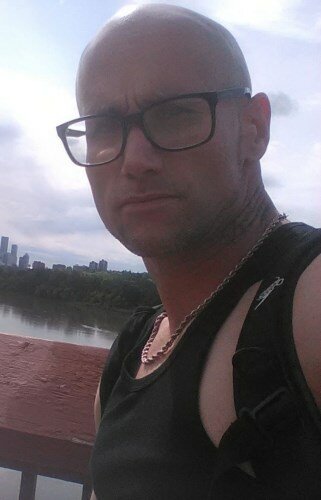 Charles Walter Carr, age 39 of Edmonton, Alberta formerly from Stoney Creek, Ontario passed away suddenly on March 13, 2022.
Born in Hamilton, he was the son of Gary Carr and the late Monica Carr [Pitre]. Charles was a strong man-gentle and lovable and would help anyone who approached him. He worked as a Heavy Equipment Operator when the call was there.
A partner for Melissa for many years, he was the father of seven children. They were not together at his time of passing.
In his younger years, he was a great Hockey Player who was the talk of every arena. He was given the name a few times as the Overtime Star winning tournaments and games. His most impressive feat was scoring nine goals and six assists in one game.
Charles loved the outdoors and his hip-hop music and his favourite game Halo.
He was an avid NASCAR follower. He is very loved and missed and will never be forgotten. He is survived by his sister, Tara Lynn and many Uncles, Aunts and cousins... too many to mention.
Cremation has taken place in Edmonton and his remains flown back to his parents family home.
A Celebration of Life will be held at Donald V. Brown Funeral Home, 36 Lake Avenue Drive, Stoney Creek on Saturday, July 9, 2022 from 2-4 p.m.  Vigil Prayers will be offered at 2:30 p.m.  Notes of sympathy and condolence may be made at www.donaldvbrown.ca

Share Your Memory of
Charles
Upload Your Memory View All Memories
Be the first to upload a memory!
Share A Memory