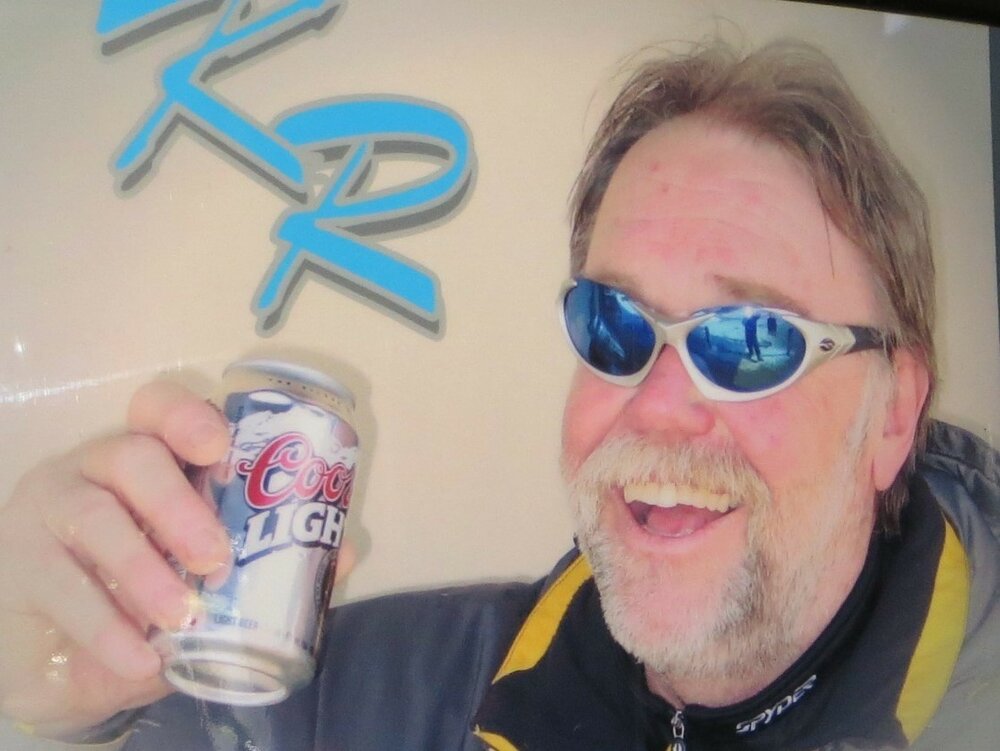 Whether you loved him or hated him [just that kind of guy] you will be happy or sad to learn that KR has passed. That being said let's review. For a living KR drove a catering truck for 40 years. He loved this profession as it provided him with an audience every day. He worked hard and then played hard. In the 70’s and 80’s spent most weekends at his cottage in Huntsville with great friends, family, his miserable dog Sundance and his girlfriend Lynn. If he was writing this obit that would have said his great friend Sundance and his miserable girlfriend Lynn. However, I digress. Memorable times there. In 87 built a home in Winona where he resided until today. Ceasar Sundays was the downfall of many. All knew when the garage doors were open KR was holding court. During the 90’s and 2000’s he became an avid skier. The early years of his ski life were spent in Ellicottville where fun was the name of the game. For a number of years he was a ski instructor at Glen Eden where he cultivated new friendships that have endured through his life. Retirement years were spent skiing at hills in southern Ontario but most of the time in Collingwood. Keith is survived by his fiancé of 45 years [not a misprint] Lynn, Mollie and Bill MacDonald, Paul and Peggy Tyers, Dan and Deb Molloy, Mike and Cathy Molloy, and, as he would say, those damn kids Chris, Sarah, Forest, Haley, Drew, Ethan, Aiden, Ryan, Steph, Matt, Stewy, John, Steph, Daniel and Elizabeth, He is also survived by lifelong and great friends. KR was a totally unique guy and he will be greatly missed by all. From all of us KR you're the man. A special thanks to Dr. Wei-Zhen Lee who went above and beyond for Keith. In lieu of flowers/donations please spend some quality time with a friend/family, and if a Coors and a story is shared even better. A Celebration of Life will be held at Teddy’s, 30 Main Street West, Grimsby, Thursday, May 26, 2022 from 2 p.m. to 5 p.m. Notes of sympathy and condolence may be left at ww.donaldvbrown.ca

Share Your Memory of
Keith
Upload Your Memory View All Memories
Be the first to upload a memory!
Share A Memory