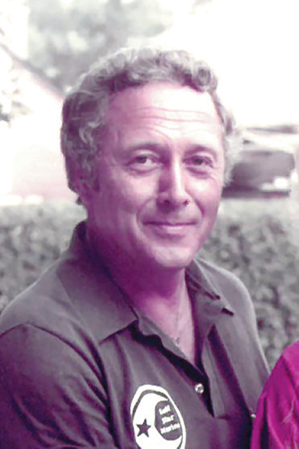 It is with deep sadness that we announce the passing of William Earle Beemer of Stoney Creek on Sunday, March 6, 2022 at the age of 83.   Dearly beloved husband of Joyce (nee Perry) for 63 years, and cherished father of Debra (John) O'Neill, also of Stoney Creek. The treasures of his life were his two granddaughters whom he adored, Katelyn O'Neill of Grimsby and Christine O'Neill of Toronto.  "Gramps" delighted in their accomplishments and stories of their adventures. To Bill, John was the son that he never had and together they held a very special bond.  Bill was the eldest son of Bev and Edna Beemer (predeceased) of RR3 Bright. He is survived by his sister Jean (Doug predeceased) Kelly of Stoney Creek; his two brothers, Jim (Maxine) Beemer of Plattsville, and Bev (Debbie) Beemer of Princeton.  Growing up on a farm, Bill developed a strong work ethic from a young age, and he was proud to instill this in his own family. He worked for the City of Stoney Creek, Roads Dept. for many years operating heavy equipment. Bill then decided to purchase his own dump truck and brokered for Tri-R Trucking until his retirement in 1998.  Bill and Joyce enjoyed cottage life at Peacock Point on Lake Erie where they hosted countless summertime gatherings.  Winters were spent in Fort Myers, Florida, initially on a part-time basis beginning in 1980 and then full-time in retirement until COVID struck.  He loved his American Eagle motorhome, and the two adventurers made  several cross-country trips from California to Florida and north to Muskoka. Bill loved a passionate debate about American politics and was seldom swayed by an opposing viewpoint. He also took great pleasure in his vegetable garden and in manicuring his property which was home for 50 years. He will be dearly missed by his loving family, his Florida pals, neighbours, trucking buddies, and coffee chums. A Celebration of Bill's Life will be held at a later date. Donations to the Canadian Lung Association are appreciated. Notes of sympathy and condolences may be made at www.donaldvbrown.ca.

Share Your Memory of
William "Bill"
Upload Your Memory View All Memories
Be the first to upload a memory!
Share A Memory