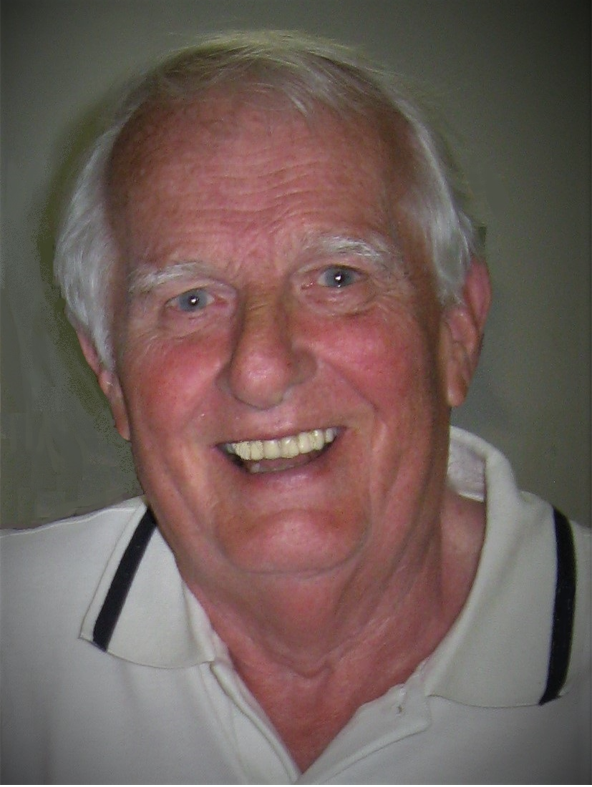 John H. Hough passed away in his 89th year on February 16, 2022. Loving and devoted Husband of over 61 years to Evelyn (Hodgson). Proud Dad of "his girls" Brenda Hough Brendon and Diane Hough McEvoy.  He considered his Sons-in-law David Brendon and Don McEvoy "his boys".  Adored Grandpa to Evan McEvoy (fiancée Alannah), Kerala Brendon and Tosh McEvoy.

Born in Hamilton to Stan and Lillian (McCauley) Hough, John was the youngest of his three siblings: Betty, Walt and Ross (all predeceased). John and Evelyn raised their family in their home in Stoney Creek where they have lived for over 58 years.

John studied his craft as a Printer at Central Tech. In 1975 he became the owner and operator of The Print Shop in downtown Stoney Creek. He took pride in his work which was evident in the success of his business and a trait he passed onto his family.

He was every family members' greatest cheerleader whether it be personal, professional or sports related. This was especially noticeable at his Grandkids' hockey games as he would yell out their names in his arena voice to cheer them on.

John was always knowledgeable about current affairs, politics and sporting events. He loved family traditions which has left his family a treasure of wonderful memories.

A private family ceremony was held.  Interment has taken place at White Chapel.

We will always carry you in our hearts.

Share Your Memory of
John
Upload Your Memory View All Memories
Be the first to upload a memory!
Share A Memory