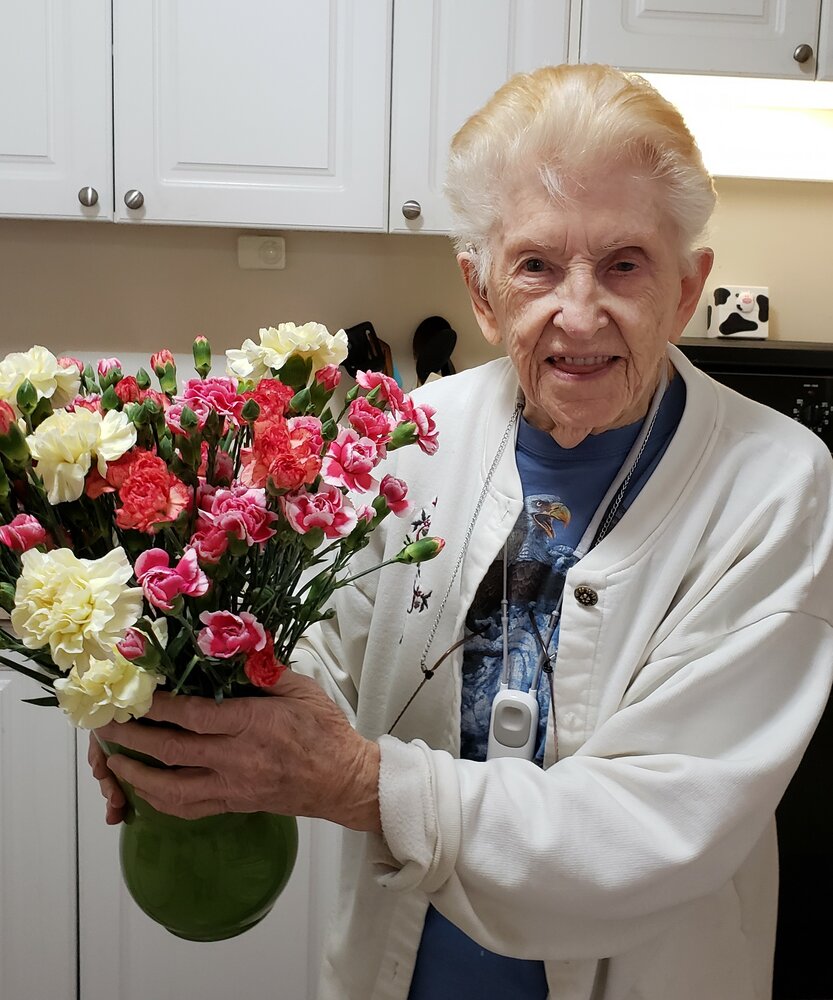 Evelyn was born on March 17, 1928 in Hamilton to David and Minnie (McCauley) Lafferty and passed away on Sunday, January 31, 2022 at West Lincoln Memorial Hospital in Grimsby at the age of 93.  She was raised and lived in Winona until 1950 when she married Albert Horrocks and moved to the United States settling in Maryland for a couple of years while he served in the army.  After his discharge from the army, they moved to Minnesota and settled in Eagan where they raised their 4 children.  Evelyn loved to bowl, crochet, spend time with her family and friends and loved to spoil her grandchildren and great-grandchildren.  After her divorce she moved back to Canada and back to Hamilton until death.  She is survived by her children Marcia Marchan, Kevin Horrocks and many nieces and nephews.  Predeceased by her daughter Susan Bruckner and son Michael Horrocks.  Cremation has taken place.  A Graveside Service will be held at 3 p.m. Friday, February 11, 2022 at Stoney Creek Cemetery.  Notes of sympathy and condolence may be made at www.donaldvbrown.ca

Share Your Memory of
Evelyn
Upload Your Memory View All Memories
Be the first to upload a memory!
Share A Memory