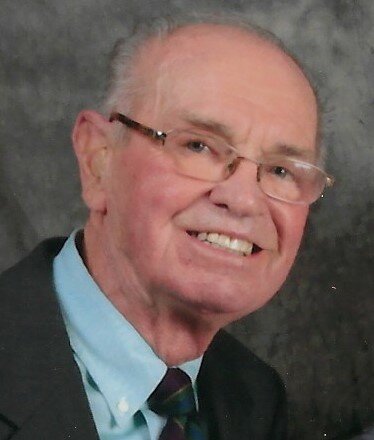 It is with great sadness that we announce the passing of our dad William John Bruce Dundas on January 19, 2022 in his 94th year.  Recently predeceased by his wife June (December 2021) married for 69 years. Will also be deeply missed by his four children David, Donna, Sue (Andy) and Dan (Carol), his grandchildren Matthew, Amanda, Jesse, Dani and Will, his four great-grand children and his sister Muriel Rowland. Bruce grew up in Hamilton and became a CPA at the young age of 21, worked for Francis, Boyd & Dundas in public practice until leaving to work as the controller at Quigley Construction and eventually the Vice President. He enjoyed all aspects of his life.  His family, work, many friends and his poker buddies but loved golf.  He was a member of Glendale Golf and Country Club for 50 years where he curled through the winters until he could get back on the course in the spring.  He also enjoyed watching golf on TV and Sunday dinners were never served until the golf tournament was over and hopefully Jack Nicklaus won. Bruce also volunteered for “Meals on Wheels” for 20 years after he retired from Quigleys and then began a life of travelling with June, more golfing and spending time in Ft. Myers Beach, Florida. Cremation has taken place. A private graveside service will be held at the White Chapel Memorial Gardens, Hamilton. Many thanks to the Staff at the Clarion Nursing Home where Bruce spent the last three years of his life. In lieu of flowers you may wish to make a donation to the Alzheimer Society or a charity of your choice. Online condolences and notes of sympathy may be left at www.donaldvbrown.ca

Share Your Memory of
Bruce
Upload Your Memory View All Memories
Be the first to upload a memory!
Share A Memory