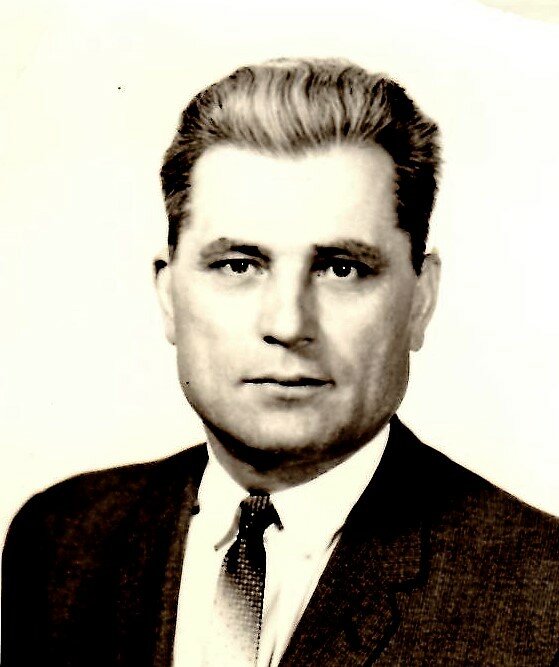 Peter passed away in his sleep at West Lincoln Memorial Hospital on the morning of August 19th. Born to Damian “Dane” and Djurdjija Stojakovic in Radljevac (Knin) in the former Yugoslavia on March 17th 1924. Peter is survived by his son Mike, daughter-in-law Francesca and his beloved granddaughter, Eva. Along with a number of relatives and friends in Canada, USA, Serbia, Slovenia, Australia and Great Britain. His Kumovi the Tintor’s, Manojlovic’s and Pasic’s. Was predeceased by – and now reunited with - his wife Danica (1999), daughter Georgina (2000), nephew Jovan (2019) and all of his siblings. He arrived in Canada in 1951. After a brief stay in Niagara Falls (always indebted to the Glumac clan), Peter relocated to Hamilton and enjoyed his 35 years of service at Dofasco. He exemplified hard work, strong family values and had such an outgoing and friendly personality. Proud of his Serbian culture, Peter also embraced and loved Canada. Calling it the “best country in the world.” He would never turn down an opportunity to play a game of cards, chat with the boys at Eastgate Square, liked watching wrestling and hockey. Always commenting on Don Cherry’s attire. Some will remember him for his passion of bocce ball. Would always chase that last ball thrown at Montgomery Park. Thanks to the great staff at Orchard Terrace and previously Abington Court. Thank you also to Dr. Khalid and the nurses at West Lincoln. Friends will be received at the Donald V. Brown Funeral Home, 36 Lake Avenue Drive, Stoney Creek on Sunday 2-4 and 6-8 p.m. With Pomen at 7:30 p.m. Funeral Service will take place at St. Nicholas Serbian Orthodox Cathedral, 149 Nash Rd. South on Monday at 11 a.m. With Father Djuro Samac officiating. Donations, if so desired, can be made to St. Nicholas Serbian Orthodox Cathedral. Interment at Mountview Gardens, 735 Hwy 8, Stoney Creek. His secret for longevity was plenty of exercise and thus lived by this phrase “Ja malo jedem i lepo se nosim – I eat little and carry myself well.” Online condolences may be sent to www.donaldvbrown.ca

Share Your Memory of
Petar (Peter)
Upload Your Memory View All Memories
Be the first to upload a memory!
Share A Memory