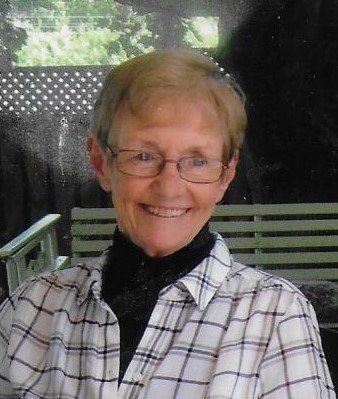 It is with sadness and grief that we announce the passing of Jacqueline Utter, in her home surrounded by her loving children and husband. Jackie will be greatly missed by the love of her life, Jerry Utter, and their children, Laura McLoughlin (Brian), Jeff Moline (Janet), Patti Reed (Dave Mills), Marcia Monaghan (Barry) and Steve Utter (Kathy); grandchildren, Carlye Logue (Keith), Leah McLoughlin (James Heron), Conor McLoughlin, Bryden McLoughlin (Kasey Mackay), Alexis Moline, Sarah Garrity (Shaun) , Codie Reed, Isabella Monaghan, Roxanne Monaghan, Jeremy Utter and Nicole Utter; and last but not least, great grandchildren from the Garrity family, Gavriella, Grayson, Genevieve and Georgie. Jackie will also be sadly missed by her brother Jack Baker (Eloise), sister-in-law Carole and by many other family members including in-laws, and multiple nieces and nephews. Jackie remained close to many dear friends including the Stelco “Hen Party” gals, who have been meeting regularly for over 60 years, all of whom will be saddened by this loss. Jackie was, as I quote a close friend, “a force to be reckoned with”. She was an amazing role model for the women in her life as she always followed her heart, in love, in business and in creativity. She showed passion in everything she did. She will always be remembered as co-founder with Jerry of the Punch Bowl Country Market in the early seventies and growing the business, adding Jackie’s Country Kitchen in the eighties. In her later years, Jackie became a gifted potter and many of us are lucky enough to have some of her creations to remember her by. Jackie and Jerry travelled extensively, and when travel came up in conversations in the last few years, Jackie would always say, “I’ve done it all.” We would like to extent our heartfelt thanks to the amazing people at Haldimand LHIN and the PSWs from St. Elizabeth Health Care for their support which without, we would not have been able to transition Jackie to the next chapter in the home that she loved, surrounded by the people and kitty cat that she adored. Cremation has taken place. A celebration of her life will take place at a later date. Notes of sympathy and condolence may be left at www.donaldvbrown.ca. If desired, donations can be made to the charity close to her heart, Hamilton Food Share.

Share Your Memory of
Jackie
Upload Your Memory View All Memories
Be the first to upload a memory!
Share A Memory
Plant a Tree