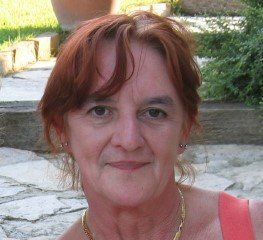 With heavy hearts the Giovannini Family announces the passing of Mary, Moira “Scotty” Giovannini (Cameron). With family at her side Moira peacefully passed away on Saturday November 23, 2019. Loving wife of Giuseppe “Joe” Giovannini of 49 years and loving mother of Fern Josipovic (John), Graham, Christian (Alessandra), Vince (Tina) and Carlo. Loving Nonna of Grandchildren Christopher (Christie), Sarah, Lion, Dennis, Sean, Ashley, Megan, Ryan, Michael, Kyle and Great-Granddaughter Evangeline. Moira will be missed by many relatives in Scotland and Italy. Mary, Moira “Scotty” Giovannini (Cameron) was born to John and Mary Cameron in Glasgow, Scotland on January 22, 1945. Moira had two brothers, John (deceased) and Linley (living in Scotland). After immigrating to Canada in 1967 Moira met Joe; who had also immigrated to Canada from Italy. Together they settled in Stoney Creek and raised their 5 children. Moira spent several years volunteering with soccer and worked with the Hamilton Wentworth School Board and local nursing homes. The family would like to extend their gratitude to all the staff at West Lincoln Memorial Hospital for their care and support. Visitation will be held on Tuesday, November 26, 2019 from 5:00 p.m. to 8:00 p.m. at the Donald V. Brown Funeral Home, 36 Lake Avenue Drive, Stoney Creek, Ontario. A private funeral will be held at a later date. In Lieu of flowers, and if so desired, a donation can be made to the West Lincoln Memorial Hospital in memory of Moira. Online condolences and notes of sympathy may be left at www.donaldvbrown.ca